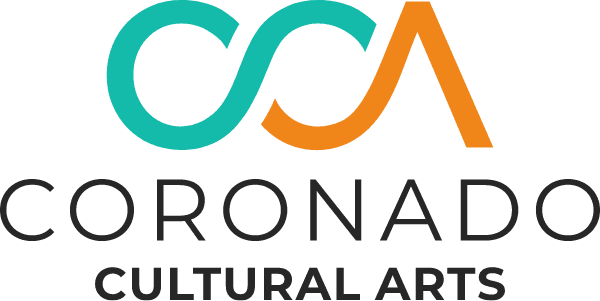 Public Art… It's for Everyone!

Over the years, Public Art has gradually become a more exciting feature of the Coronado landscape. Thanks to the early efforts of The City of Coronado, the Unified Port of San Diego, various civic clubs, and private individuals, we have a substantial collection.

In early 2001 with several major capital improvement projects on the horizon, the members of Coronado's Design Review Commission became convinced that Coronado would benefit from an organized public art program. After securing support from City Council, the Public Art Sub-committee was established in June of 2001. At that time many historical pieces such as the Terrazzo Compass and Sidewalk on Orange Avenue (both 1947) and the El Dia del Mercado mural (1938) were identified and preserved for all to enjoy. During the first decade of the 21st Century there were some wonderful additions to the Coronado Public Art landscape, namely the Wizard of Oz panels at the new Public Library, Imagine: Tent City, the Sea Passage fountain, and the Freedom sculpture, to name a few. Please enjoy some of our great Coronado weather and take our Public Art Walking Tour.

Seven pieces in our collection are owned and maintained by the Port of San Diego. Learn more about this collection sited on Port Tidelands (PDF).

Upon the creation of the Coronado Cultural Arts Commission in 2011, the CCAC assumed responsibility for the city's public art program. Building on the foundation already in place the revitalized Public Art Working Team (PAWT), chaired by a Commissioner from the CCAC and including other CCAC commissioners, acts as an informal advisory body to the Cultural Arts Commission reporting directly to the Coronado City Council. On September 3, 2013, the Coronado City Council adopted a comprehensive Public Art Master Plan (PDF). The adopted plan will be used as a road map to help City leadership understand and support the long-term value and direction of Public Art in Coronado, and will also be used by the CAC as a strategic and tactical tool to allow Public Art to flourish in Coronado.

To enhance the cultural and aesthetic quality of life in Coronado by actively envisioning, commissioning, and curating public art that preserves our cultural heritage, reflects our collective history, celebrates our current times, speaks to our evolving lifestyles, and embraces our social diversity.